Forum Optimization practices Services and programs for working with SE

In miralinks like to delay the withdrawal of funds (seen not once). Head does not solve anything, just write here already. It is possible that in miralinks not averse to earn a couple of cents in the bank on deposit, pulling labor webmasters 

In addition, it does not comply with their own rules (regulations) so also play clowning, made visible interest in the issue, etc. And forced to grovel, making the webmaster of a beggar.

June 5 webmaster Good denPochemu withdrawal became slow? When can I expect something? On Jun 08 Zdravstvuyte.Po Administration Regulations withdrawal is carried out up to 3 business days. Please specify the date of filing and status. June 8 webmaster regulation shall do so! Print out the rules and hang it on your monitor to turn soblyudat.Chto you fool? "Ask, please, the date of filing and status." Why this question? Take a look datu.Dlya but those who stayed bronivechke, skopiroval.Podacha application vyvod02.06.2020 14:23 - up to 3 working days - which means that on Friday I had to get their money

Card smeared for obvious reasons, the amount too. There is also a full version and is provided in the ticket.

Output (in your case, sending) was performed on the 5th as expected.

Sometimes, usually on the UA card, at least on the RF error it occurs in the process of sending, on polatezhnoy system level between the bank and the system itself.

Unfortunately, at the time optravki and even for several hours after it is difficult to keep track of that error.

But later, when the payment is returned, he again becomes active in the system. It is on this part of the transhipped applications (me, hands) and on weekends until after. (Proof of timely sending above)

It is very important that the regulation was carried out, but spontannnye card processing issues, which do not depend too happen from us.

You, as long as this process is, as a webmaster, or you can see the status of "seen" or "work" with a few false dispatches he will "blink"

From our side application transhipped until they finally leave

Yes, sorry for such difficulties, but as we always write - not all the problems are not dependent on us turns out to solve a second and even a semi-automatic. But we would very much like, as long as the money to keep the declared period is just extra vremyazatraty and we (not to mention the failure to meet deadlines)

Predugatyvaya possible question time on my screenshot. those hours, I talked about when we expect status. Those. It was sent in the morning, on the date of the change of status of the screenshot on this day. closer to 20 back, the reason there

That is why at the beginning of the work with payment gateways in 2016, we have added to the rules:

The processing of the application for the withdrawal of funds from the system is given in 1-3 business days.

Not because the "deposit" of some sort, but because they changed a few services, and the stage of "payment system - the bank" sometimes produces like. not often, but still. That is why for the card is still in the rules of fair warning

What kind of a picture? Do these images not seen in the control panel miralinks.

zeadoom:
Sometimes, usually on the UA card, at least on the RF error it occurs in the process of sending, on polatezhnoy system level between the bank and the system itself.

Fidbek / mesedzh an error Circuits write and then you will not publish your shortcomings (and your financial partners).

zeadoom:
Output (in your case, sending) was performed on the 5th as expected. 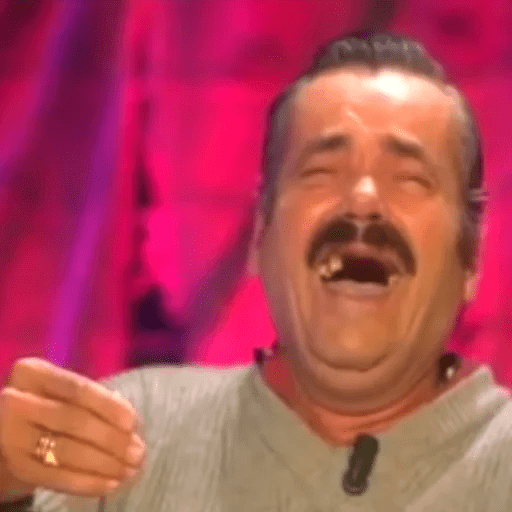 zeadoom:
so how to keep the money for longer period is declared only additional vremyazatraty and we (not to mention the failure to meet deadlines)

What a mess, what problems ... If I can give my bank account - with the help of holding money long withered, and still say thank you)

I you have a screen with bills sent. You are there (in the little world) and did not see a proof the date of dispatch. Believe it or not your business has.

About account - it's better to those who do offer.

I just meant that because of such errors in the processing of dependent or from a bank or from the bills (not gateway) such payments are necessary to re-examine his hands and push a few times, so that all have all received on time or with a minimum of delay in cases where the payment system on a specific card It does not go over the 1st day for reasons beyond our control. But this is our problem

Offline
74
mastershop
#4
zeadoom:
I you have a screen with bills sent. You are there and you see, with proof the date of dispatch. Believe it or not already delo.Naschet your account - it's better to those who do predlagat.Ya only meant that, due to such errors in processing or depending on the bank or on the bills (not gateway) such payments are necessary to re-examine his hands and push a few times to all everybody got time. But this is our problem

1 - If originally entered sane response from the Administration, the superfluous gestures with my hand would not have been. And once spent my time, then I'll send it to the otvetku to write a review after the fact.

2 - fidbek / mesedzh an error Circuits write and then you will not publish your shortcomings (and your financial partners). - If you have it displayed in case of problems with the bank, other financial gaskets, then I would not worry, do not suspect you of fraud, in the end would understand your side, and not to raise here would subject it would still calm and quiet . And what I see "Application for review."

PS: but I'm not surprised, this constancy of bugs, because you webmasters use as guinea pigs to debug bugs in your system .... In a developed economy, is used for this qa-testers because of one critical bug or many small bugs can be confused and the reputation of the entire business linkbildenga will be covered with a copper basin.

But, damn hell, I'd be ungrateful if I had not said your advantage against a background of GGL, where deaf and dumb Vera and Oleg work in the administration. In miralinks At least try to respond, try to do something about it ... The GGL - all rotten, no applications, no money, the system died.

I looked at. Indeed, since May withdrawals began to choose 3 working days before that fit into the 1-2 or less. But more than 3 working days is not found. Prior to that, I did not pay attention - the application is filed and remembered when the funds have dropped. Like in miralinks deception was not, so I do not keep track.

Withdrawals in miralinks / The limit for AdSense 301 redirect and? Page
Z
Offline
164
zeadoom
#6

According to the feedbacks we received.

By notification in the case feil in progress will do. I just like the application to output 5 times throwing. It held only today.

At the same time it can be processor and payment system, and the bank itself. Here they just do not like to talk. Let us write a general explanation then.

Then do the first and the last notice. To once again not to spam messages 6 each attempt per day.

Well, if you do not pass + letter. they just do not all read at times.

I always try to display in 1-2 days if allowing the number of applications for the output (3 days obsulovleno exchange funds of the same part of bank transfer).

Of course, the increased flow in the output (for obvious reasons) in April-May. Where someone print parts, and the part then simply become a zero output.

And to bring all 3 days, while it is necessary to emphasize the three do work. Once all ustakanilos course will throw as soon as quickly.

And on this occasion, when it is not held for reasons independent from us, and it is necessary several times a day transhipped, clearly expressed.

When there is an opportunity to send all through the day, even if it still hangs + 1-2 days is usually enough. And in the end of the 3 days there is flow, and intermediate prbolema not noticeable (had the same 3 days).

Yet there are cases (the Bank will not name) when after sending it to the sum asked to bisect already a response from the bank, rather than at the time of dispatch. Wherein the second half passes through the day. And after 5 days of the same application on the same card is passed immediately. in the joint venture bank wrote guys - they did not say anything really.

Please do not take this as an excuse, of course, will apat roughness.

A couple of days ago, I ordered the withdrawal of funds to WebMoney purse. Today a letter came to the conclusion that the system has been successfully completed. But alas, the purse is empty. What does it mean?

WMZ ordered? login in the system in the LS write. Today wmz There are some cases when the gateway has sent the success of api before output. All this looking hands and control - nothing gets lost. wmz we stayed at the old gateway, as new until they can not. And old were these things that the notice sent before the actual output. (Who in 2016 output should be remembered)

In general, forward login, it will not get lost nothing in any case

Withdrawals in miralinks / I was offered a About limit of http-requests
B
Offline
70
boxua
#9
zeadoom:
ZdravstvuyteWMZ ordered? login in the system in the LS write. Today wmz There are some cases when the gateway has sent the success of api before output. All this looking hands and control - nothing gets lost. wmz we stayed at the old gateway, as new until they can not. And old were these things that the notice sent before the actual output. (Who in 2016 output should be remembered) In general, forward login, it will not get lost nothing in any case

Yes, WMZ. Username sent in LANs. Thank you for efficiency.

Take the example of GGL

"The withdrawal is carried out on working days on Mondays, Wednesdays and Fridays."

Any 3 days of reflection on the application process and no 6 banking days.

Filed an application for withdrawal of funds to the bank card 14,06,2020 (Sunday)

15,06,2020 this morning (Monday) submitted an application for withdrawal of a bank card.

The dinner was money on the card.

The GGL clear and understandable rules for the withdrawal of funds, and most importantly, that they are met. Output in GGL work as a watch.